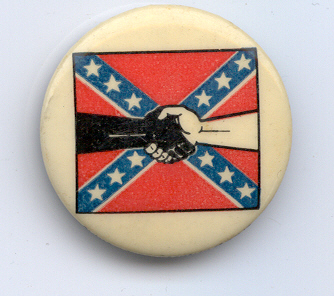 As I type this out, somewhere in the USA a white kid is being kicked out of school for wearing a T-shirt with the Confederate battle flag on it. The Cult of Political Correctness has deemed it akin to the Nazi swastika flag. This despite the lack of commonality between the two.

It wasn’t always so. For example, in the late 1950s, a time of openly enforced conformity, the Confederate flag was a way of showing that one was a ‘rebel’, but not a communist or beatnik.

Only when the civil rights struggle heated up after 1960, did the Confederate flag start to become something more. But even then, standing by itself, it was still regarded as an historical artifact. Those trying to politicize it had to add something to it.

To clear up some confusion amongst Legionaires in Service of the West and Partisans of Francis Parker Yockey, this is a quick summary of what Orthodox Yockeyism is:

Rule of the Culture Distorters, who had taken power in the USA in Roosevelt’s New Deal, posed a greater threat to Europe than the Soviet Union, which was merely a peasant-barbaric society.

If the Soviet Union conquered Europe, it would be Europeanized in the same way so many barbaric conquerors (e.g. the Mongols) had been culturally absorbed in the past by peoples they had conquered.

The USA, on the other hand, had in Europe a stratum of willing traitors, the churchills, degaulles, adenauers,et al, who were willing to be flunkies of American domination.

Whether by sparking a European uprising against Soviet domination or by absorbing the Soviet bloc into a European super-state organized along the lines of Authoritarian Socialism, the Prussian-Ethical Future, Soviet control of Europe was preferable to the ongoing rule of the pro-American stratum of traitors.

Culturally-based rather than biological theory of race.

Rejection of narrow nationalism for a European super-state conceived along the lines of Carl Schmitt’s Grossraumordnung (extra-territorial order).

And a pro-Soviet, pro-Third Worldist tilt against US world hegemony.

Anti-Univeralism: Cultures do not interpenetrate. Jews & blacks are not part of the West because they are bearers of other cultures. 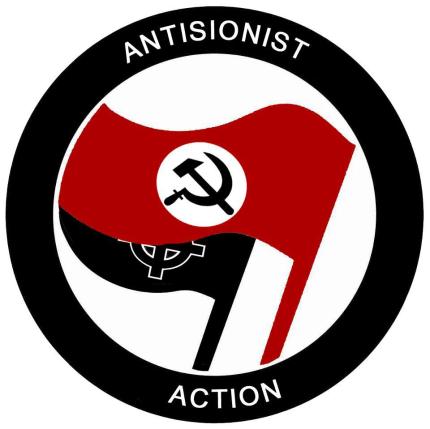 (from an interview published in March 1973)

Peronism is a humanistic movement that strives for national unity and uses Justicialism as its political, economic and social doctrine.

Justicialism is a neologism made up of the words justice and social.

Peronism endeavors to achieve the well-being of the country with a truly social economy through the Third Position: a position between capitalism and communism, taking the best from each.

The Third Position encourages private enterprise while it doesn’t allow economic exploitation of the masses for the benefit of the few.

Peronism is the philosophy of a national movement which calls for political sovereignty, economic independence and Justicialism.

The new Wisconsin Death Trip began in 1973 with the inauguration of the Free Trade Regime. Nixon was President and he made certain it didn’t happen until he was safely re-elected in 1972. He knew it would result in the lowering of living standards.

Also, during the 1972 campaign, Nixon’s friend Arthur Burns was head of the Federal Reserve. He pumped lots of money into the economy while wage & price controls were still in force. When these were removed in 1973, inflation from the Vietnam War took off. The Postwar Boom was over and American living standards were never this high again.

During the 1970s, business profits were half of what they were in the 1960s. This was evident by the Bear Market on Wall Street. Big Business reacted with what Doug Fraser of the United Auto Workers called a one-side Class War against Labor.

But because of the government-induced inflation, the Republican Propaganda Mill successfully blamed the Government, keeping the heat off of Big Business.

Under Reagan, Free Trade went on steroids. Much of the USA Industrial Base was shipped to Asia. You can see the results in Wisconsin. When Reagan took over, Wisconsin urban wages were 29% above the national average. Now they’re that much below.

The Free Trade Regime is the culprit for Wisconsinites’ declining living standards. Scott Walker and his billionaire friends are pointing to the wrong enemy.

A tough economy doesn’t bring out the best in people. In the fight for survival they turn on each other. The ever simmering racial civil war bubbles beneath the surface and threatens to rise.

In a new hardbound edition of Francis Parker Yockey’s PROCLAMATION OF LONDON, Dr Michael O’Meara in his introduction relates how much of Revolutionary Nationalism is derived from Yockey.

Now, while Yockey had dedicated IMPERIUM to the ‘Hero of the Second World War–i.e. Hitler–in practice after the war he was moving to a Strasserist position. One could also say it was akin to the policy/practice of the Waffen SS during the War. (This was over the head of a clownish ‘Nazi’ like George Lincoln Rockwell, dubbed by O’Meara as a Quixotic fossil.)

Rockwell basically believed if one were a consistent conservative Republican, you’d end up as a ‘National Socialist’! This gibberish passes for wisdom in brain dead WN circles.
For example, in 2000 the Militia of Montana endorsed George W Bush as the ‘white man’s candidate’!

By way of contrast, Yockey was a consistent Revolutionary Fascist.. Dr O’Meara defines Fascism of the Left as follows:

In Dr O’Meara’s words: This is what the French call Revolutionary Nationalism. I would add that we Legionaires in Service of the West struggling in North America should adopt this terminology.

I conclude with 2 key paragraph’s from Dr O’Meara:

“(Yockey’s) pro-Stalinism devils American ‘conservatives’ dumbed-down by anti-communism and unconscious (or indifferent to) the anti-European policies pursued by USA during the Cold War (and to this day).

“While Stalin was combating rootless cosmopolitanism & Zionism in the Soviet Union, the US Right (from the Republican Party to Rockwell’s ‘Nazis’) was distinguishing itself by promoting the international ‘anti-communist’ struggle launched by the recently consolidated ‘military-industrial complex’ but also (tacitly) supporting the ensuing ‘cultural revolution’–‘this plague of pleasure’–accompanying the Cold War against the one world power refusing to submit to US domination.” 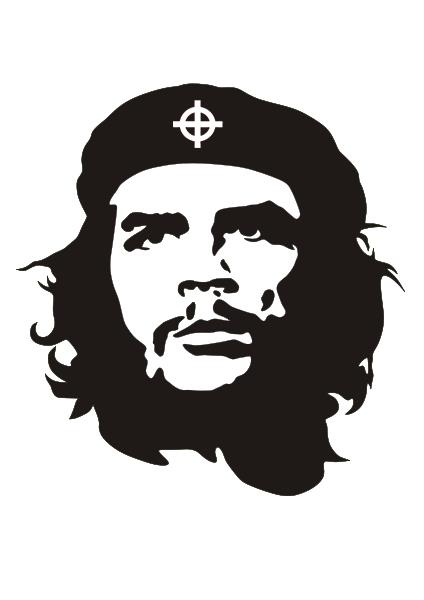 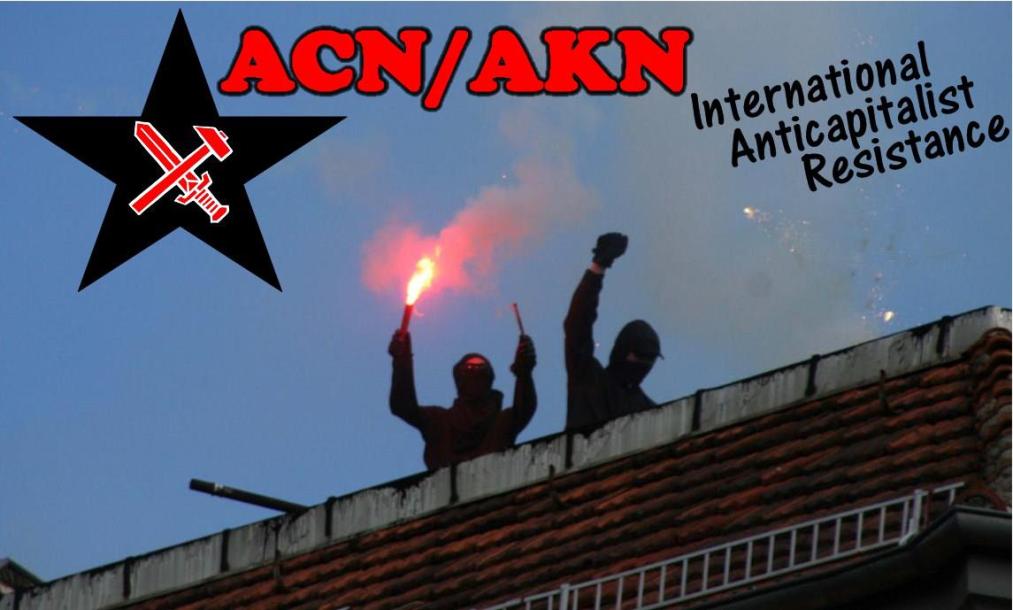 <img In 1932 at the deepest point of the Great Depression, American Nationalist thinker Lawrence Dennis, in his book IS CAPITALISM DOOMED?, made this basic point: He att acked the policy of allowing investment bankers to determine the use & allocation of Capital.

His warnings were not heeded. In this second Depression, we can see the fruits of what he warned us about. The bulk of our industrial plant has been shipped to Asia. That's reason for high & protracted unemployment. When the economy is stimulated, the effect is found overseas, not here at home. This also entails the loss of our tax base. Little wonder that government at all levels, federal, state & local, is having trouble baying its bills.

Yet nobody is talking about this. Certainly not Obama. But, also, none of the Republicans are addressing this, not even Ron Paul.

Yet this self-destructive policy continues the destruction of the public welfare of the country. No Communist invasion could ever have done this much damage. Just think of the term 'Rust Belt.' That's the 'Arsenal of Democracy being put to waste through abandonment.

We must start by nationalizing the Fed and the banks. Anything short of this will be like pissing in the wind. You get your face wet but not much else.

If it takes revolution, so be be it. 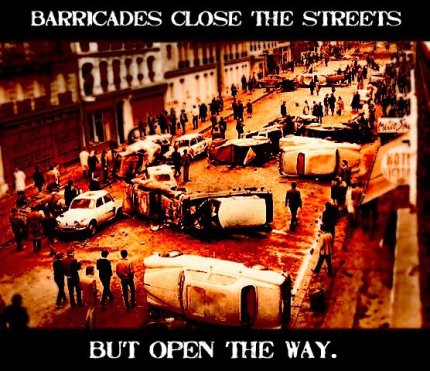 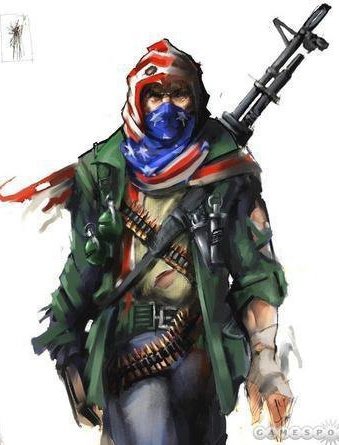 The policy of America First! goes back to President George Washington, see his Farewell Address. Yet it’s been lost in the post-World War II era. But with the American Empire over-extended & bankrupt, we need to return to our roots for sheer survival.

To see the progressive & populist roots of America First!, look at the political career of Senator Burton K Wheeler. He was the running mate of Fighting Bob LaFollette on the 1924 Progressive Party ticket. Wheeler’s political career was destroyed by his leadership role in the America First Committee and opposition to the Second World War.

The matters that occupied Burton K Wheeler throughout his career:

Sam Francis would add: Put an America First! bumper sticker on your car.